Republican leaders released what they called their “Immigration Reform Standards” which included a piecemeal approach to reform; however, did not include a pathway to U.S. citizenship for the estimated 11 million immigrants living in the United States without proper documentation. 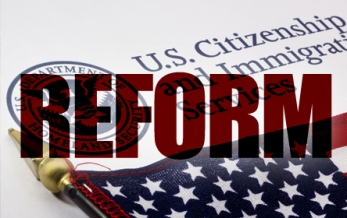 Republican House leader, John Boehner, shifted his tone and indicated willingness to find common ground with the U.S. Senate that already passed their Comprehensive Immigration Reform bill in July, and President Obama who has advocated for immigration reform since last year. However, now GOP leaders are expressing no interest in working with President Obama and the Democrat-controlled Senate nor the bipartisan group responsible for the Senate’s reform bill.

House Speaker John Boehner has swiftly changed his opinion and stated that the House will not work with President Obama until they feel he can be trusted to enforce border security laws. Conveniently, not until next year, prior to the next election for U.S. President, in order for President Obama to not receive credit for immigration reform. Another foul move by Republican leaders, using immigration reform as a political football.

Our experienced Los Angeles immigration lawyers are confident still that influential leaders, Congressman and other Lawmakers will rally and encourage immigration reform this year. We constantly keep our clients and readers up to date with the latest immigration news. Follow our blog to stay updated.